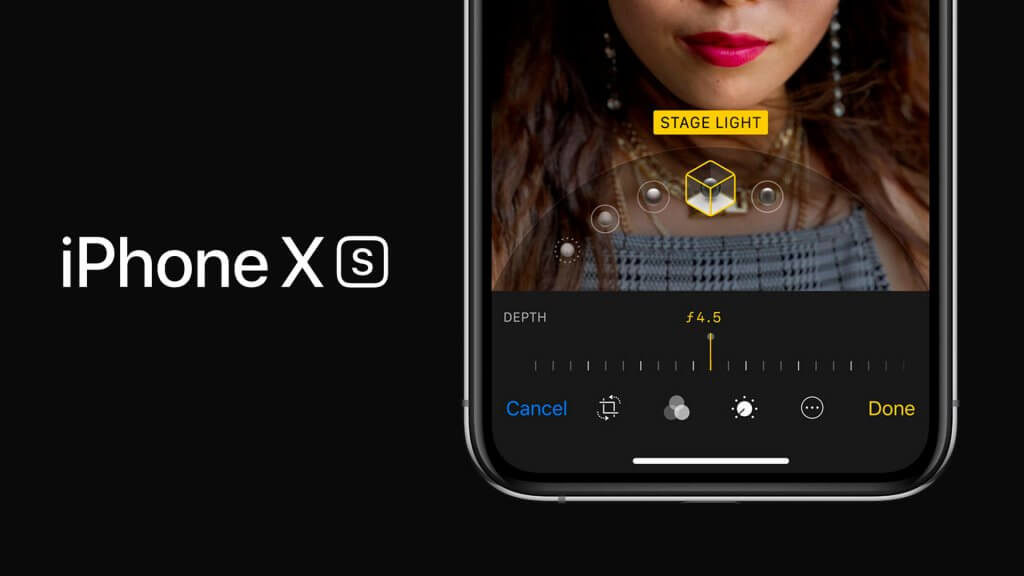 Since this is a completely new feature, you might want to know exactly what this feature brings to the Portrait Mode of the camera app and also some tips to get the most out of this feature. Sounds interesting? Well then keep on reading as we are going to explain how to use the Depth Control feature on iPhone XS and XS Max and also share some handy tips to further enhance the photos.

What is Depth Control on iPhone XS and XS Max

Before we start explaining the procedure to use the Depth Control feature, you need to first know what this new feature is all about. By now, you already know that Depth Control is a new feature available on the Portrait Mode in the camera app. Portrait Mode was first introduced on the iPhone 7 Plus which is a feature that allows you to blur the background of a photo so that the primary object (usually a person) stands out against it. Now the Depth Control feature introduced by Apple allows you to adjust the level of blur when you are editing a photo using the slider. It uses the dual cameras of the iPhone XS or iPhone XS Max to create a depth map that details exactly how far the picture elements are from the camera.

How to Use Portrait Mode Depth Control Feature

Before you start using the depth control feature, you need to capture an image using the portrait mode on the camera app. The process is relatively easy and is detailed below

STEP 2: Swipe right to select Portrait Mode from the carousel available just above the shutter button.

STEP 3: After enabling Portrait Mode, tap on the f 5.0 button available on the top right corner of your iPhone screen. A measuring line will immediately appear near the bottom of the image you want to capture. This line indicates the amount of blur on the image and can be manually adjusted.

STEP 4: Now adjust the amount of blur as per your needs. Slide left to reduce blur or slide right to increase it.

STEP 5: Once the adjustment is completed, tap the shutter button to capture your subject in portrait mode. The image will be captured, processed and saved automatically.

How to Edit Captured Images with Depth Control

As mentioned earlier, the Depth Control feature lets you edit images captured via Portrait Mode using the slider. Here is the complete step by step guide

STEP 1: To edit an image, open the Photos app on your iPhone and then tap on the edit option available on the top right corner of the screen. You will now see the Depth Control slider just below the image.

STEP 2: Adjust the amount of blur like earlier by moving left or right over the slider.

STEP 3: Once you have achieved the optimum blur effect, tap Done to save the image.

PRO TIP: You can use the Depth Control feature on any iPhone or iPad running on iOS 12. This means you do not necessarily have to edit images captured on your iPhone XS or iPhone XS Max. You can edit them on the older iPhone X or iPad models as well.

While the depth control feature is relatively new right now, it is expected to get updated with newer capabilities as more algorithms are developed in the near future. For now, Apple has taken a positive step forward by introducing the feature on its latest iPhone models. By now, you should have understood how to use the Depth Control feature on iPhone XS or iPhone XS Max so just go ahead and start editing your photos right away.

TechVaani.com is an emerging tech blog covering guides on different topics. Here we will be sharing easy to follow tutorials for Android, Windows, iOS and Mac devices, and we will also share top list of apps, devices etc to make lives of our users easier.